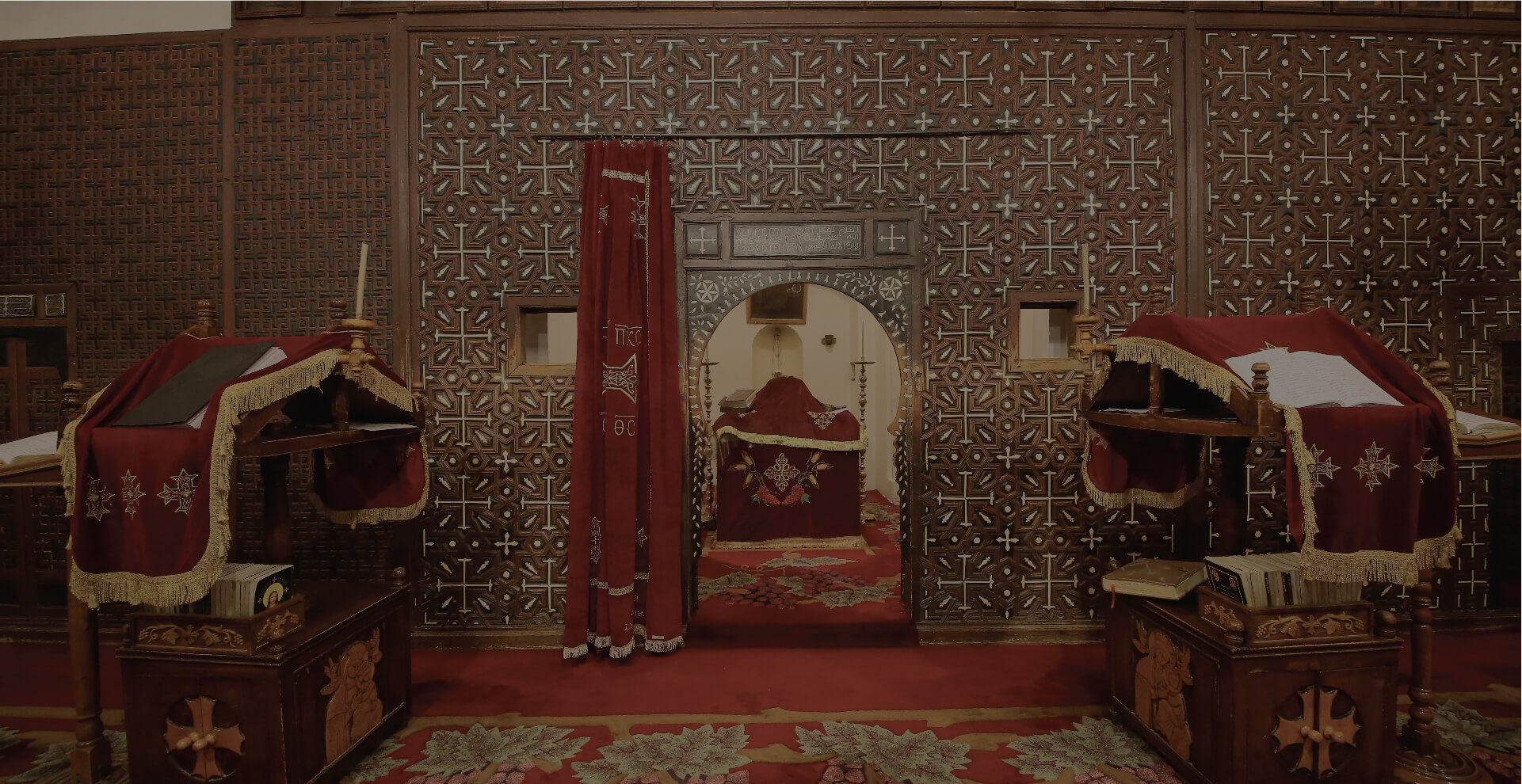 The church was established in the late 18th century, with very simple resources.In 1878 A.D., the Monastery Abbot, started establishing a new church called “The Holy Virgin Mary” over the ruins of St. George Church. He accomplished it in 1880 A.D.; named the northern altar after “John the Baptist”, and the southern altar after “St. George”, on the basis that the middle altar is in the new name of the church “The Holy Virgin Mary”. A notable characteristic of this church is the Byzantine/Greek styled Iconostasis.A number of biblical verses are carved on this iconostasis, in a one of the most beautiful Arabic calligraphy, as well as selected decorative ornamentals.

From the byzantine authentic art painted by two famous iconographers from Jerusalem in the 19th century:Nicola Tawdory of Jerusalem and Demitry Girges of Jerusalem.

Is designed upon the medieval pattern, where women had a private place on the second floor upon the church’s nave.The interior of the Church was renovated in 1990 A.D. After the renovations, it was inaugurated on the commemoration of our Fr. Hegomen Mikhail El-Buhairy’s repose.His relics were moved to a hand wood carved reliquary and placed in amagnificent Epitaphius Canopy, in the nave, during a ceremony attended by H.G. Bishop Sawiros, Abbot of the Monastery, along with other thirteen Bishops of the Coptic Church elite on Amsheer 16th 1707 A.M. (February 23rd 1991 A.D).This Holy Father pursued the monastic life during the tenure of Abbot Fr. Boulis El-Delgawy (1866-1870 A.D.), who was later known as Anba Abram, Bishop of Fayoum and Giza; who was famous for his holiness; he reposed in 1914 A.D. St. Mikhail El-Buhairy, he too, was famous for his virtues and his holiness; he reposed inFebruary 23rd 1923 A.D. The Holy Synod proclaimed his sainthood on 1963 A.D. along with his spiritual father, Anba Abram Bishop of Fayoum and Giza.

The church s eastern wall from outside

there is a wall painting of two martyrs; St. George on the southern side (left) and St. Marqorius Abu-Seifin, on the northern side (right).